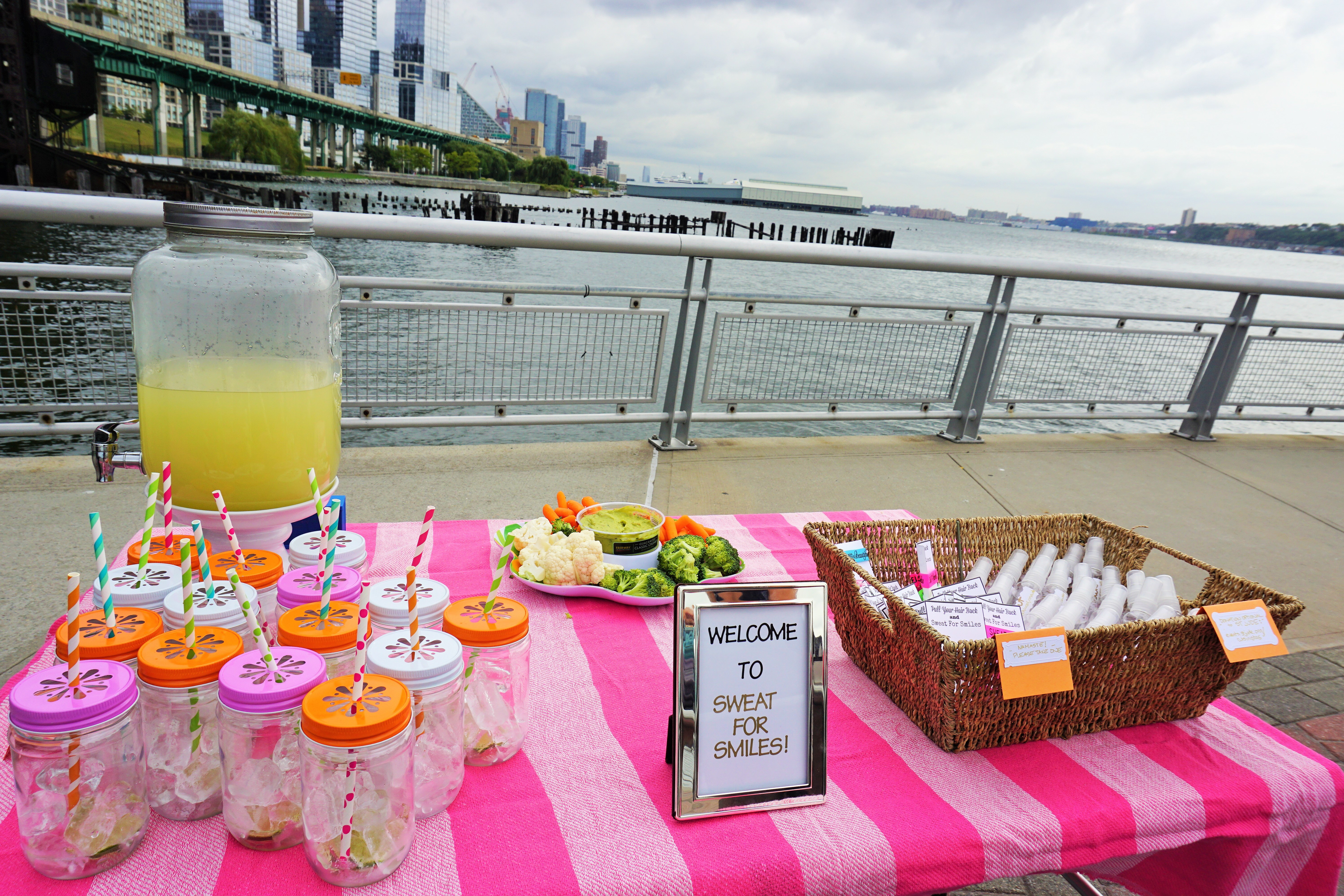 Simple is always better. Since this is a “yoga party” and I knew guests would be engaged with the yoga class most of the party, I wanted to keep the food and beverages simple, yet still “healthier” and fun. We went with skinny margaritas, recipe courtesy of Southern California’s famous Greenleaf ChopShop (Twitter: @greenleaftweets, Instagram: @greenleafchopshop, FB: @greenleaf hollywood) and veggies with The Cuisinistas Club’s own rockin’ guacamole dip. 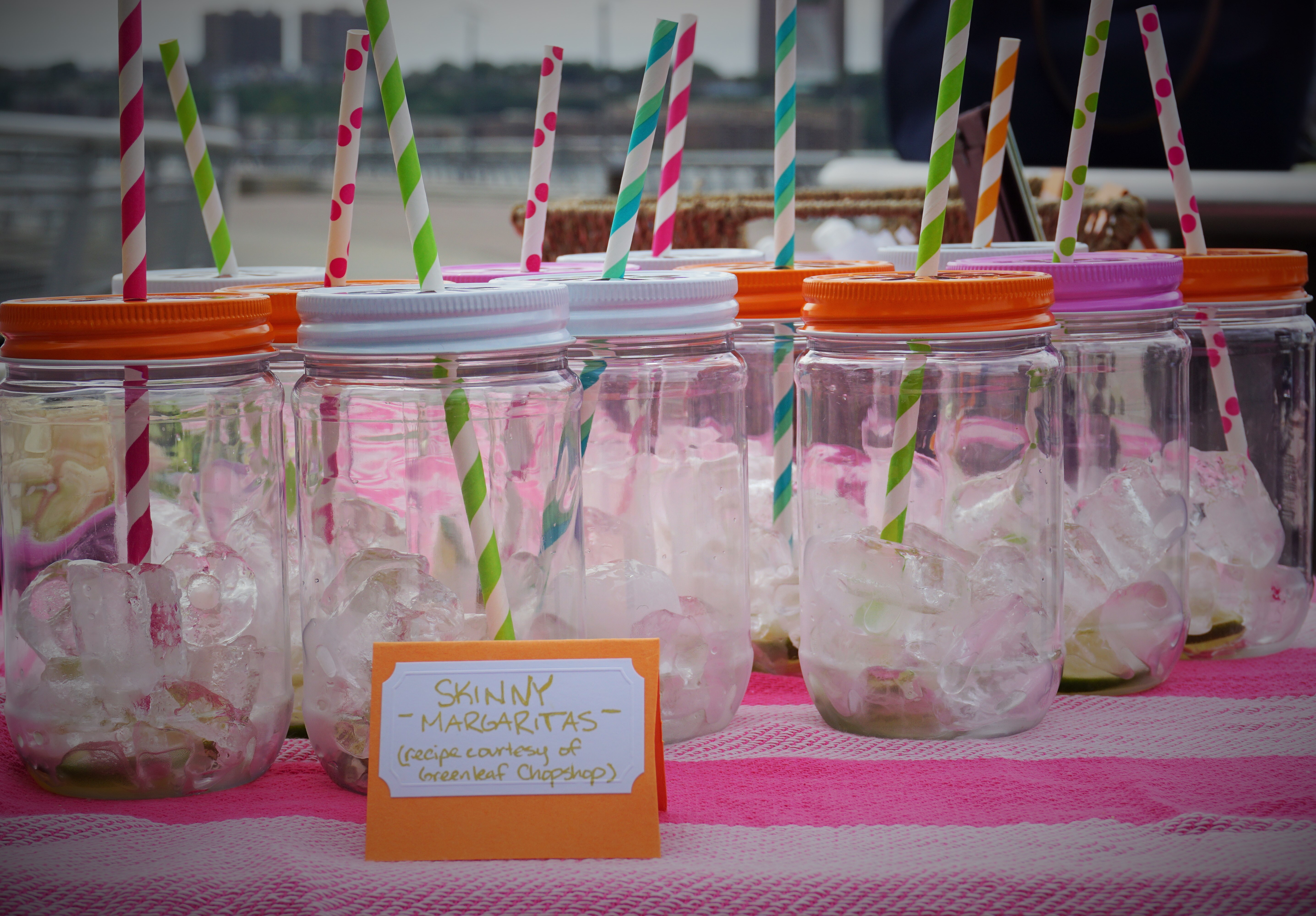 To ensure guests could enjoy their skinny margaritas throughout the yoga party, I chose these adorable plastic mason jars which have colorful daisy cut jar lids, served with colorful straws. I have to say they were PERFECT. The colors looked great. The plastic was great for outdoors and the lids allowed people to be active while sipping. These would also be great for any fiesta-themed party, an outdoor party, or for a kids party too. 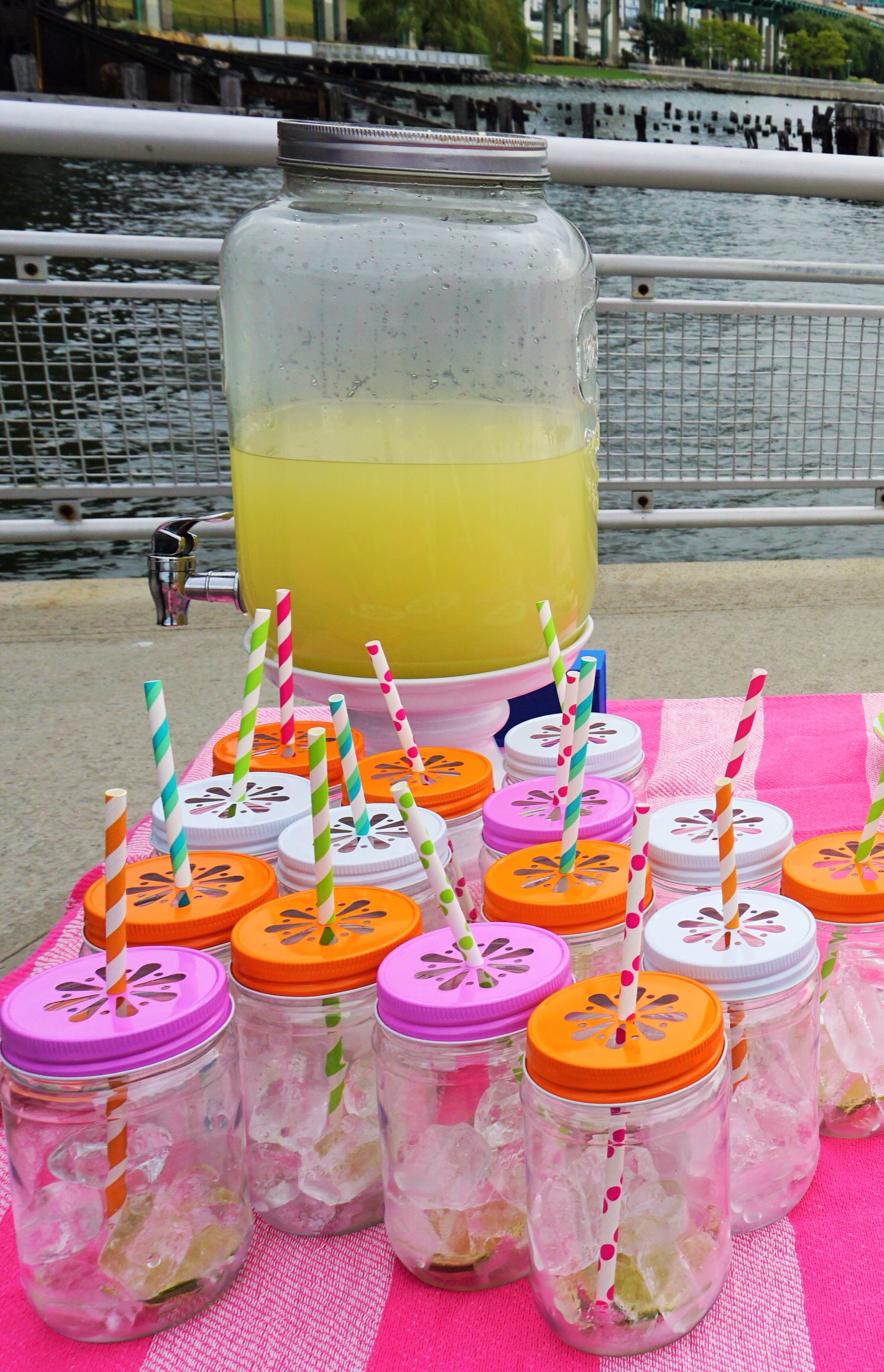 A huge thank you to Greenleaf ChopShop! Their Skinny Margaritas were a hit! Made with agave simple syrup and just a few other simple ingredients, it’s a great better-for-you margarita choice that certainly doesn’t sacrifice on taste. Delish! I found it easy to whip up ahead of time and serve in a large serve-your-own mason jar dispenser, making it the ideal “yoga party” drink. Get The Recipe! 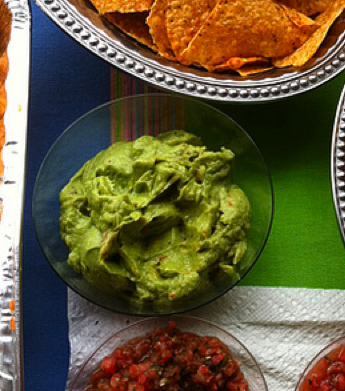 We also set out The Cuisinistas Club’s Guacamole dip with some veggies on a plate for guests to munch on in-between sips and poses. It really went well with the skinny margarita and had just the right amount of kick (we wouldn’t want to bore anyone). Get The Recipe!

Now that we’ve warmed up your tastebuds, next up is the yoga and favors. Adios amigos!

This entry was posted in Blog. Bookmark the permalink.

This site uses Akismet to reduce spam. Learn how your comment data is processed.